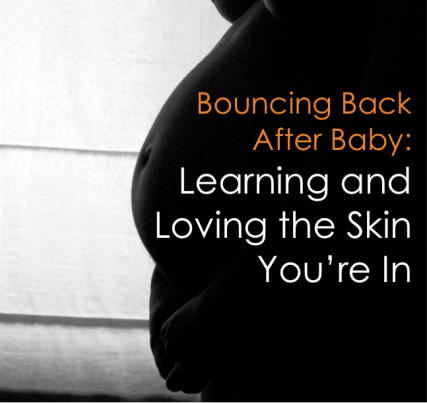 “Beauty is present in all creation, but the danger lies in the fact that, because we human beings are often cut off from the Divine Energy, we allow ourselves to be influenced by what other people think. We deny our own beauty because others can’t or won’t recognise it. Instead of accepting ourselves as we are, we try to imitate what we see around us.” – Paulo Coelho

It has been said that imitation is the highest form of flattery. My response to this statement has always been, “Well, it depends on what or who I’m trying to imitate and why.” What is the intention behind contemplating imitation in whatever form(s) it may manifest? What do I stand to gain, if anything? How much of myself will I potentially lose and/or sacrifice?

Through my personal experiences and observations, I’ve witnessed some women, particularly mothers, and more specifically mothers who are of color, attempting to imitate the images defined as beautiful by mainstream American and European cultures. The images painted are very vivid and could lead us to believe that there is a one-size fits all model for our bodies and what they should look like in general, moreover, what they should look like after 10 months (yes, I said 10 months after pregnancy) and a year or two of breastfeeding.

I’ll examine our conditioned thought processes around what our bodies should and/or should not look like post-pregnancy, as the post-pregnancy time frame can range from six months to six years after childbirth. I’ll also travel briefly through history exploring the journey of a specific woman of color and how her life experiences largely contributed to western cultural misconceptions about our bodies. Lastly, I want to offer some recommendations that could shift our views about our bodies and help us learn to fully love the skin we’re in! 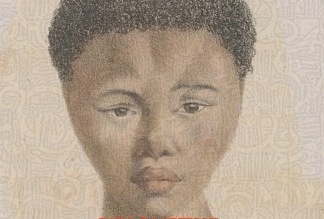 Having extensively studied Cultural Anthropology in undergrad, I’m an advocate for the ‘Out of Africa’ theory. This theory simply posits that human life originated in the region currently known as Africa. Thus, many of the people who were and are born in this region have distinct physical features that may help to distinguish the specific area/country they are from. One of the key features for many people born in this region of the world (especially those located south of the equator) is brown to dark brown skin complexion. Furthermore, a key feature of some of the brown to dark brown skin women from southern parts of Africa are broad noses, thick and full lips, tightly curled hair, wide hips, medium to largely rounded buttocks, and medium to large breasts that may or may not appear less perky or “sag” before or after childbirth.

At the point that European colonists “explored” various countries in Africa during the 1400s – 1900s, the physical characteristics of many women as described above were of vast interest to them. So much in fact, a Khoikhoi woman of color and mother named Saartjie “Sara” Baartman, from what is now known as Eastern Cape, South Africa, became a spectacle on exhibition throughout London and France during the early 1800s. Saartjie, who became known as “Hottentot Venus,” possessed a dark skin complexion, thick lips, tightly coiled hair, and a natural full figured physical structure. Her size could be comparable to a modern-day woman wearing a size 16. Apparently, this was something these Europeans had never seen so they coerced her into involuntary servitude. This form of slavery was for the primary purpose of marauding Saartjie’s body in caged environments that also showcased other “oddities” and “animals” for public viewing. Saartjie’s treatment during her tenure in Europe was less than that of a zoo animal. The intention was to convince themselves of racial superiority; and more specifically in this case, to convey that African women’s bodies were naturally of lesser human value – primitive and animalistic.

After Saartijie’s death at the young age of 26 in 1816, her remains were dissected. Her brains and vagina were pickled and placed in jars, and a plaster cast of her body was displayed in the Musee del’Homme (Museum of Man) in France until 1971.

No, you’re right. You didn’t ask for a history lesson; however, highlighting the tragic story of Saartjie Baartman is important to understanding the ideological framework behind her inhumane treatment, and is central to recognizing that we are still being delivered the same exploitative, unrealistic messages about our bodies; furthermore, within these messages lies the idea that we are somehow abnormal.

Take a moment and think about the last time you watched TV.  As you very impatiently waited for Liv and Fitz’s next scene to continue on Scandal, you were hit with at least five different commercials telling you to nip, tuck, pluck, straighten, lighten, lose, cover up, conceal, brighten, whiten, leave in, take out, and permanently say goodbye to SOME part of your body. This message was more than likely presented to you by someone that physically did not look like you, obviously doesn’t wear your size, has no visible stretch marks after claiming to have given birth to two or more children, and apparently has A LOT of time on her hands.

Similar to Saartjie Baartman, the divine essence of who we are as mothers and women of color with distinct physical features is rarely embraced and portrayed as naturally beautiful. Instead there is a great imbalance within American culture and mainstream media depicting us as exotic, hypersexualized, long-haired, weave-wearing, big breast and big booty divas – when the reality is that our physical beauty ranges in all shapes, sizes, skin complexions, hair textures, and facial features.

So, when we learn stories about women like Saartjie Baartman, we must honor her legacy by drawing upon her strength when our inner struggles with our post-baby bodies get the best of us. We can challenge the images that suggest we subscribe to insane workout plans and diet regimens to lose the extra 10 to 15 (or even 20 pounds) that may have been gained during pregnancy.

By deeply looking within and truly accepting the inherent beauty present in ourselves as vessels created to carry life, we will realize that there is no need for imitation or replication. There is only room for extending ourselves grace, for remaining patient with our natural physical changes and transitions after child birth, and for doing the best we can to maintain healthy balanced lifestyles.

So, let’s quickly recall the key facts we learn from our doctors, as well as books about what an average healthy pregnant woman “should” look like: 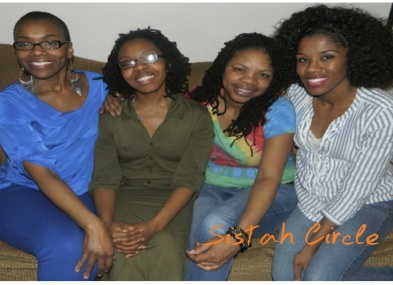 This may sound a lot like your reality as well, so please believe that you’re not in this alone. I have definitely fallen into the abyss of mainstream media messages, and thought that if I forced myself into some extensive workout regimen and low carb diet, I’d miraculously lose weight, gain self-esteem, and become more beautiful. However, after each failed attempt, I found that I felt spiritually, emotionally, mentally, and physically worse than I had before I even started having children.  In fact, it was my children, my boys, who taught (and continue to teach) me the very lesson I still struggle to internalize, “I’m perfectly fine just the way I am, and I’m loved unconditionally.”

During other times of vulnerability and insecurity about my body, my significant other quotes the comedian, Katt Williams, who talks about women with stretch marks, “Either you was big and got small, or you was small and got big – either way, I’m loving on you.”

And finally, I’m blessed to have other women of color who are mothers in my Sistah Circle that affirm my body and me. We share stories about how our hips, no matter the size, possess the cradle to bring forth life and how our stretch marks are love scars gifted to us by God as we carried and birthed future generations. We explain how our breasts have metaphorically nursed generations of kings and queens, Gods and Goddesses, and how each time we look into our children’s eyes, we are reminded of how amazing and miraculous we are as human beings because we can contribute such goodness and greatness to the world.

Loving the Skin I’m In

So the next time you look at your post-pregnancy body with disgust and disdain:

To learn more about Sara Baartman:

W. KaNeesha Allen is the Motherhood Empowerment contributor for the Phoenix Rising Collective. She is an educator with extensive project management, student support services, and community outreach experience in K-12 and higher education institutions.  She is also the mother of two extremely rambunctious and fun loving boys – Ausar and Mikah. Seeking to master the balance between being a highly engaged mother and taking time to BE with herself in the divine energy of the universe, KaNeesha finds peace, solace, and regeneration through meditation, Vinyasa yoga, and her “Sistah Circle”. She welcomes mothers from everywhere to join her on a journey of self-discovery and evolution towards harnessing, embodying, and emoting the Goddess power within.

One thought on “Bouncing Back After Baby: Learning and Loving the Skin You’re In” 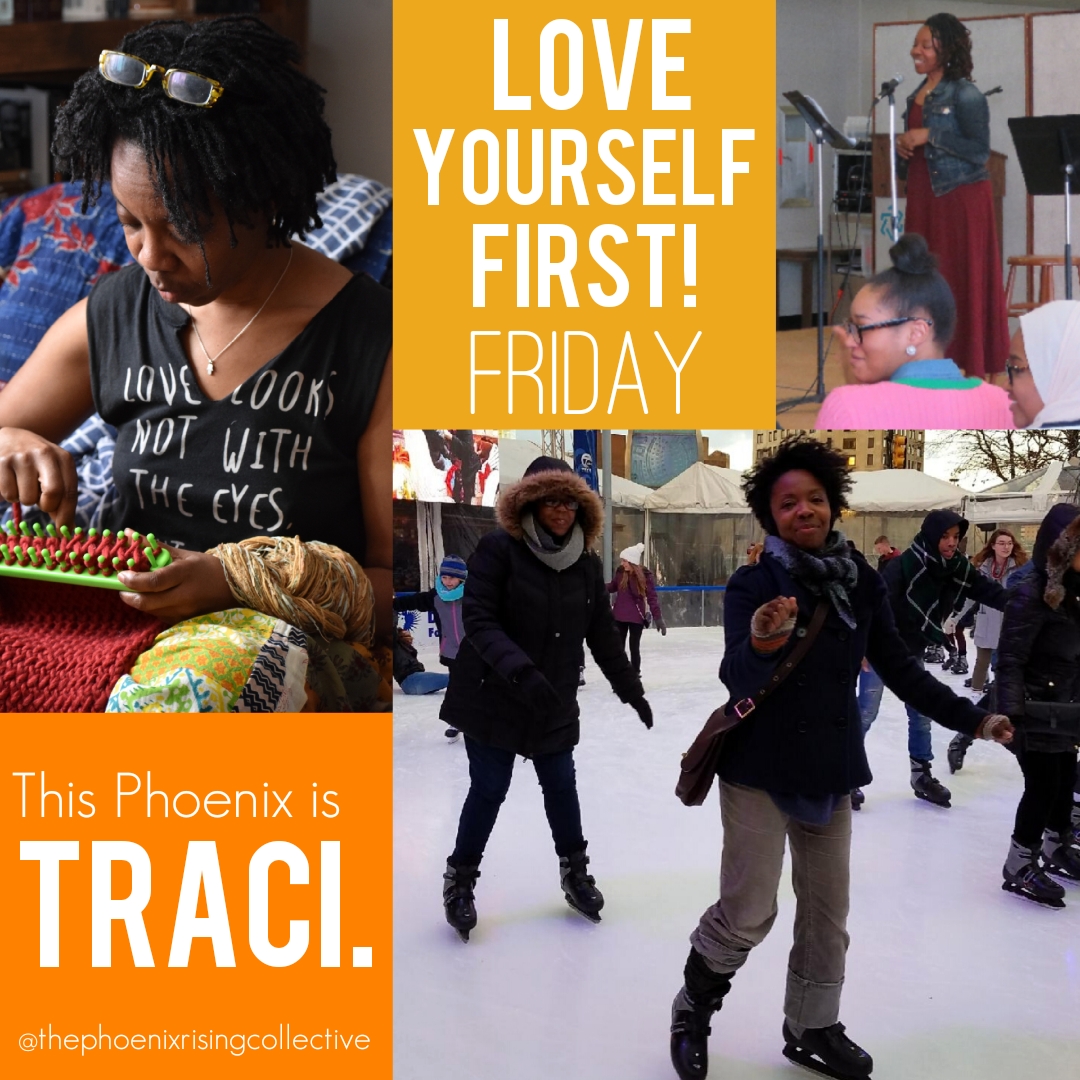 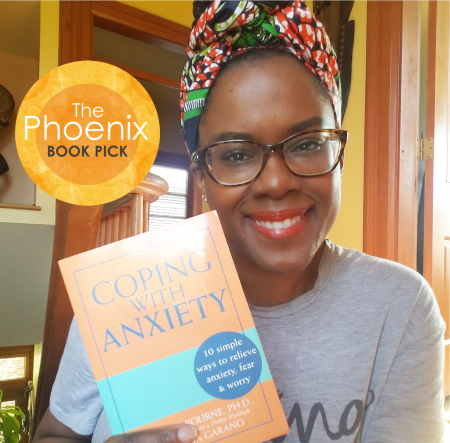